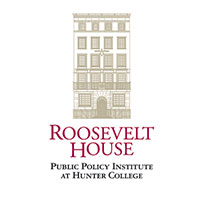 Elizabeth Cady Stanton first issued a call for women’s suffrage in 1848, inspiring a crusade that would finally extend the vote to all American women in 1920. The strategies of the suffrage movement–posters, pamphlets, parades, and state-by-state campaigns–are on display here along with items from the English suffrage movement.  Emboldened by victory, and armed with the skills they acquired in mass organization and protest, American women went on to seek equality in many other arenas.  Whether in finance, law, government, or aviation, they pursued the right to participate equally in all realms of society and to take charge of their lives.

Eleanor Roosevelt dedicated her life to many of these campaigns for equality. She launched her public career as soon as women gained the vote. In her Democratic Party activities, she mobilized voters, campaigned, and helped shape public policy. Memberships in the Women’s City Club and the Women’s Trade Union League introduced her to important issues affecting women in the city, the workplace, and the family, and friendships with the leaders who worked for those causes.  From her positions as First Lady of New York State and First Lady of the Nation, she learned more about the legal and social challenges facing women and other marginalized groups like African Americans. She formulated a progressive position on civil rights, and her human rights advocacy culminated in the writing of the Universal Declaration of Human Rights and its adoption by the United Nations in December 1948, exactly a century after Elizabeth Cady Stanton launched the suffrage movement.

Late in her life, Eleanor was appointed by President John F. Kennedy to his  Commission on the Status of Women. She died just months before the 1963 publication of Betty Friedan’s The Feminine Mystique.  This book helped ignite the next phase of the women’s rights movement, leading to prominent roles for women in the other great social movements that have transformed American society from the mid-20th century onward.  Whether it was civil rights or the environment, disability rights or LGBT rights, or winning campaigns or appointments to high office, new leaders emerged decade by decade following in the paths of Eleanor Roosevelt and many of the pioneers showcased in this exhibition.

This online exhibit expands on the popular success of the exhibition at Roosevelt House which was presented in 2016. The Women Take the Lead website presents image of artifacts from the Dobkin Family Collection, along with video and audio on topics relating to the women’s suffrage movement and women’s rights writ large.

The state that hosted the Seneca Falls convention in 1848 failed to give women equal voting rights for 69 years. But it became the first eastern state to do so when New York’s constitution finally granted women full suffrage in 1917.

Fred Clark (1872-1960) was a record setting player and pennant-winning manager of the Pittsburgh Pirates from 1900 to 1915. He grew up in Kansas (full suffrage by 1912) and Iowa (partial suffrage in 1894) and supported a “Yes” vote on a Pennsylvania referendum to change the state constitution. Various suffrage and women’s groups had lobbied hard to get it on the ballot but failed to pass. However, once Congress sent the 19th amendment to the states, Pennsylvania became the 8th state to ratify it on June 27, 1919 just three weeks after Congress had approved it.

Roosevelt House is grateful for the loan of exhibition materials from the extraordinary Dobkin Family Collection of Feminist History of original letters, rare printed ephemera, and manuscripts, documenting the history of women’s advancements through five centuries.  The exhibit was adapted by Roosevelt House Historian Deborah Gardner from the show No Gate, No Lock, No Bolt, curated by Sarah Funke Butler at RARE Gallery in New York City in October 2015 for Glenn Horowitz Bookseller, Inc., who developed and manages the Collection for the Dobkin Family. We are grateful to the Dobkin Family for the loan, and to Elbrun Kimmelman (class of ’72) and Peter Kimmelman for the generous grant that made this exhibition possible. The exhibition has been curated by Deborah Gardner and designed by Dylan Gauthier, with assistance from Gregory Nolan and staff of Roosevelt House and Hunter College. All items are from the Dobkin Collection (DC), the Roosevelt House Collection (RHC), or Archives & Special Collections of the Hunter College Library (HC). 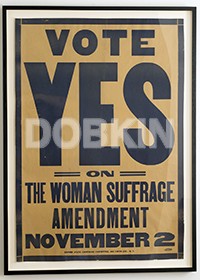 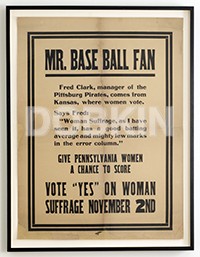 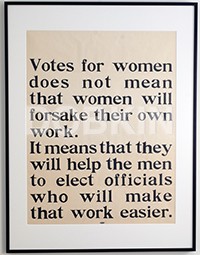 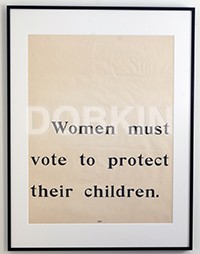 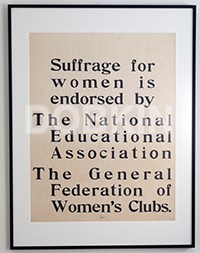 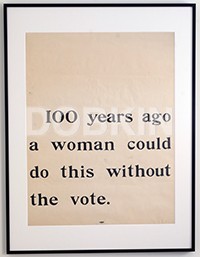 The Exhibit at Roosevelt House in Images 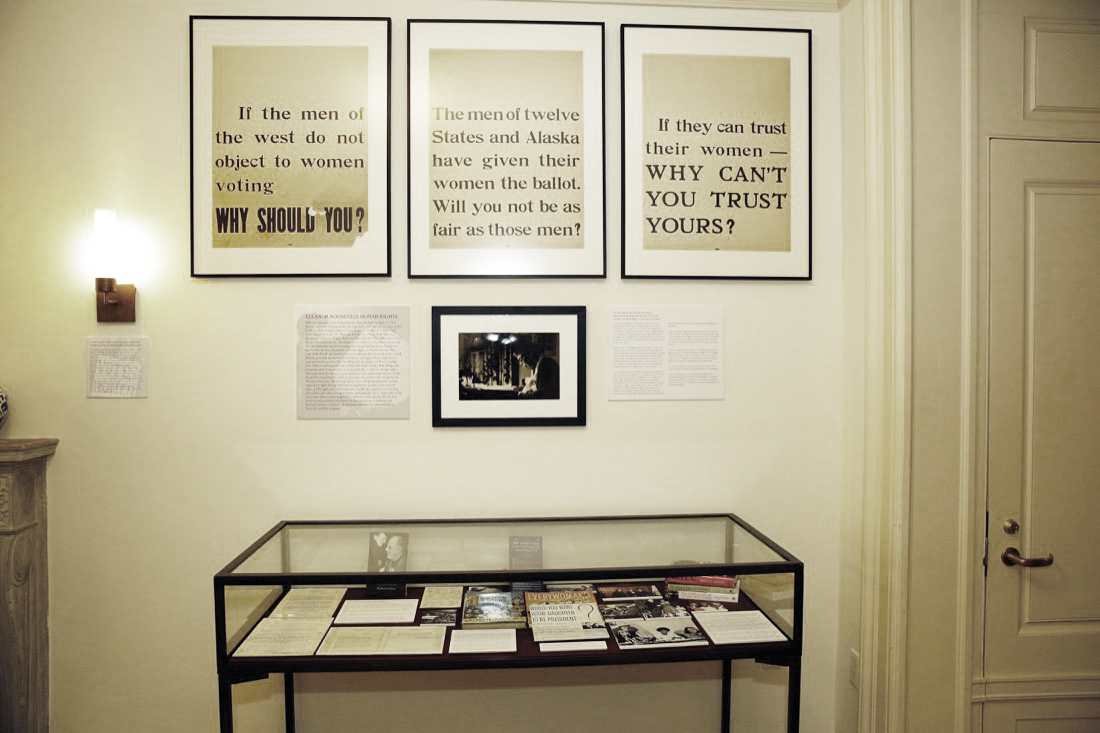 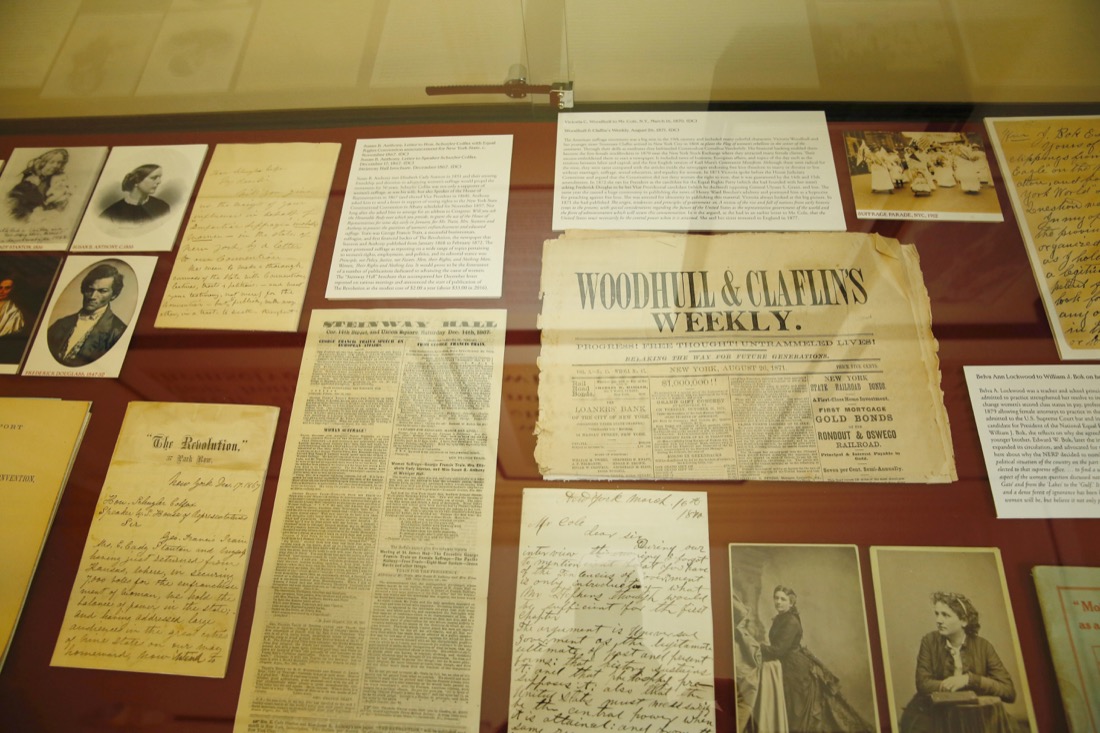 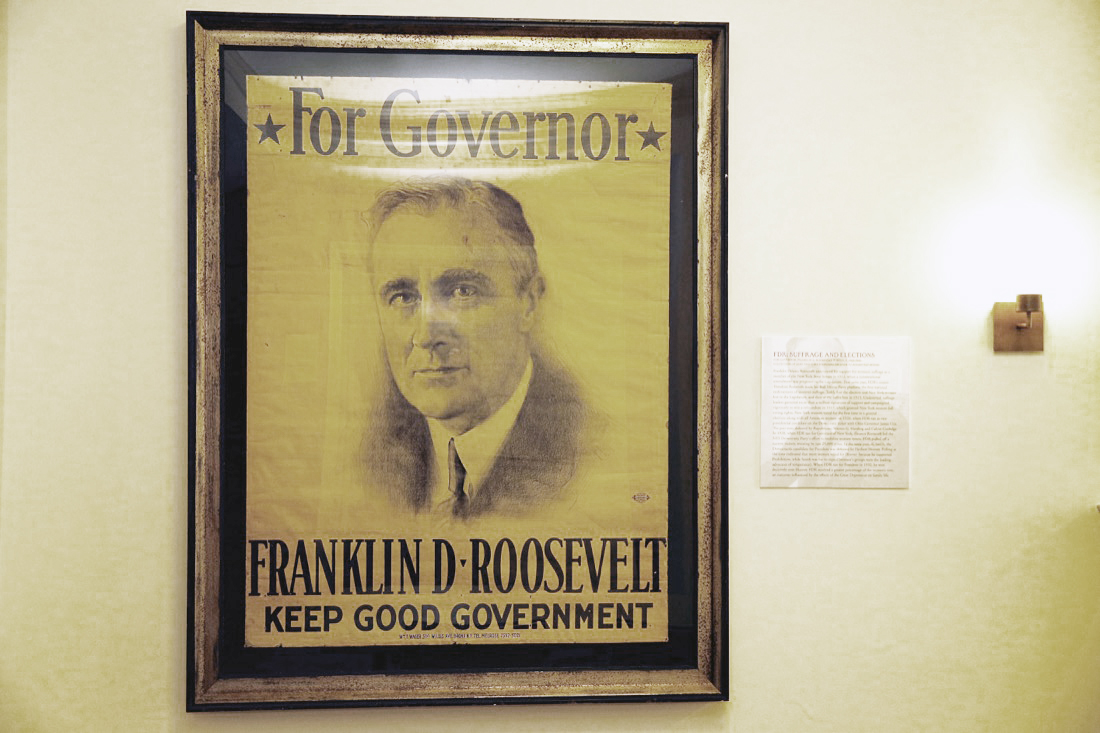 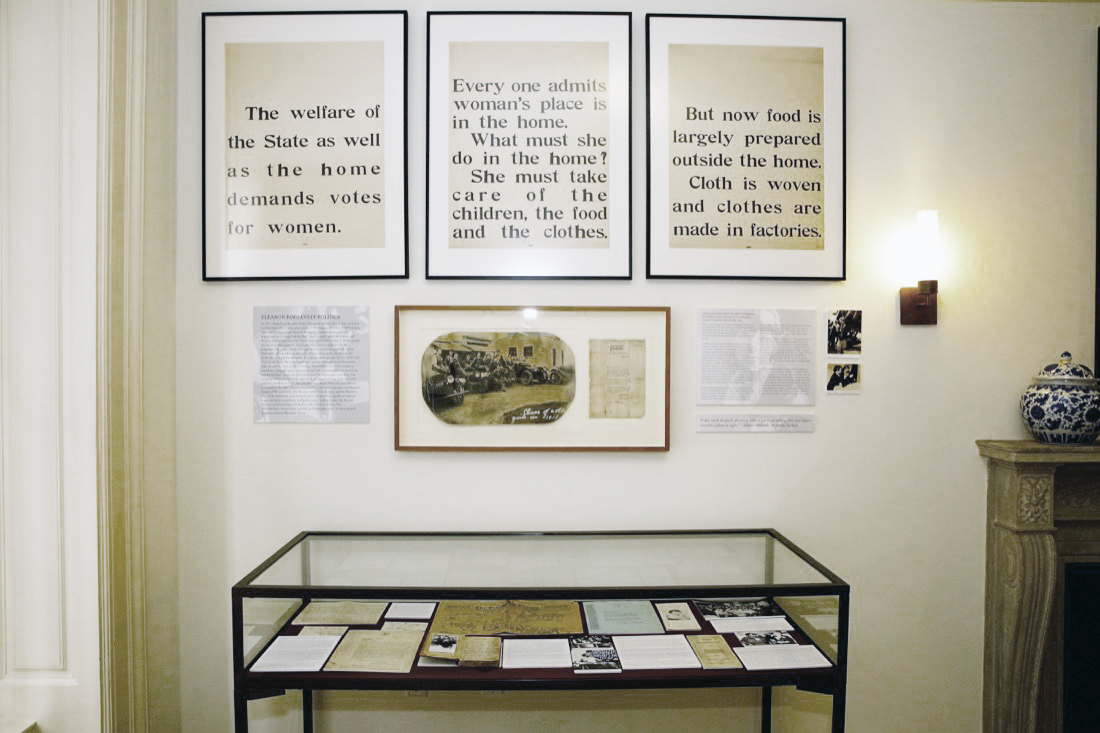 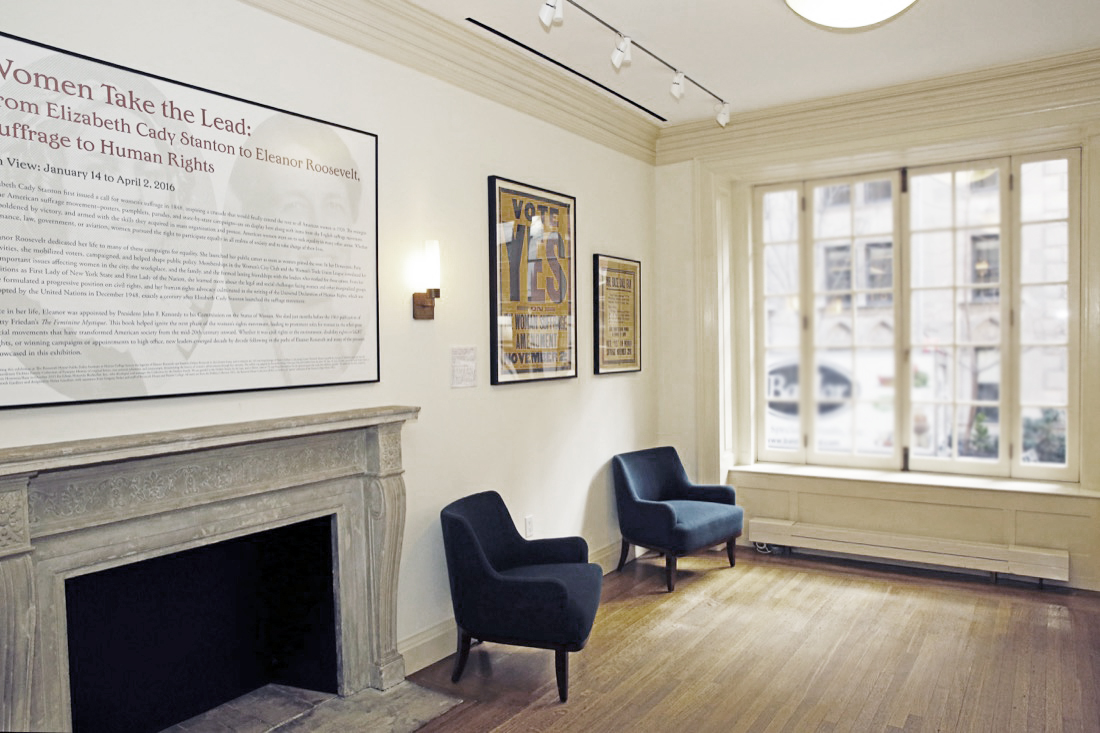